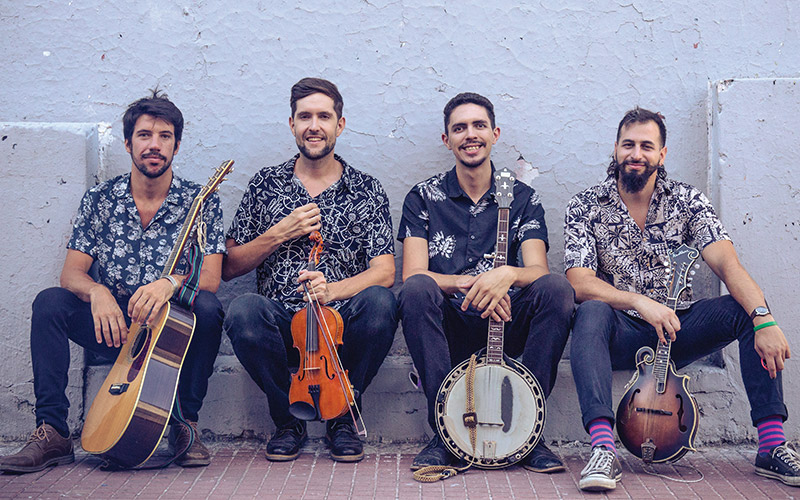 ATTENTION: To our patrons who purchased Che Apalache tickets, we regret that the concert has been cancelled due to the pandemic. Ticket holders should have been contacted by email concerning refunds. Contact bettina.stansbury@selu.edu with any questions.

We hope to see you back at the Columbia very soon!

Che Apalache, led by Joe Troop, features three powerhouse Latin American musicians — two from Argentina, Franco Martino (guitar), Martin Bobrik (mandolin), and Pau Barjau (banjo) from Mexico — and has been taking audiences by storm with their fusion of Latin and American roots music. Famed banjo player and cross-genre trailblazer Béla Fleck was so taken with the band that he signed on to produce their new album, Rearrange My Heart, released this August on Free Dirt Records. The band was formed to enjoy music, to honor it, and to bridge the gap between North and South America, creating a vision of a truly “American” music.

This is a band to watch!

Puffs, Or: Seven Increasingly Eventful Years at A Certain School of Magic and Magic

Or: Seven Increasingly Eventful Years at A Certain School of Magic and Magic
Mar
11
–
Mar
26