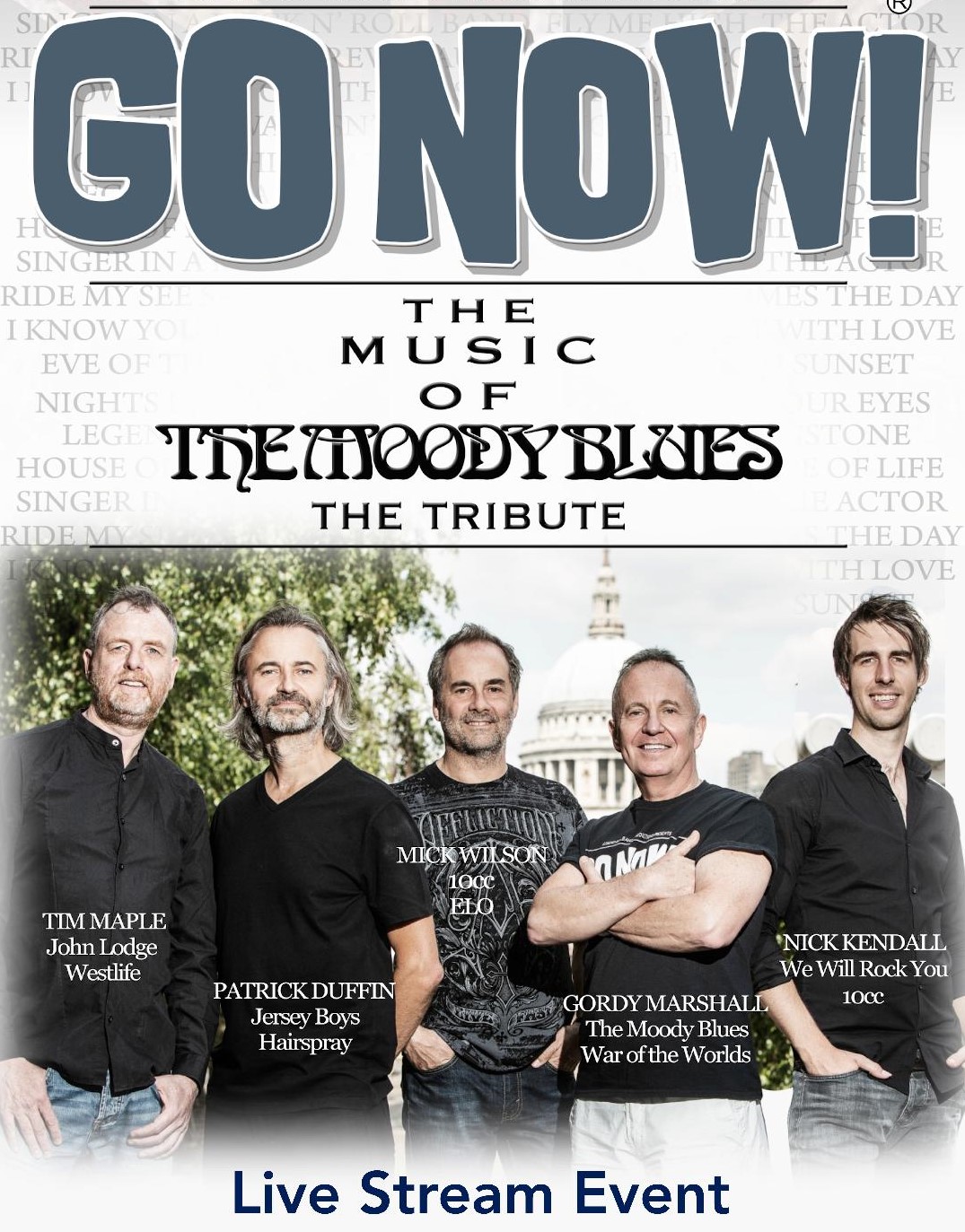 GO NOW! The Music of The Moody Blues - The Tribute

The Music of The Moody Blues - The Tribute

The Moody Blues' drummer Gordon Marshall and his all-star band perform the greatest hits of the legendary super group live from London.

This live streamed concert will feature such timeless classics as Nights in White Satin, Tuesday Afternoon, and I'm Just A Singer (In A Rock and Roll Band).

A portion of each ticket sale goes directly to support the Columbia Theatre.

This is a live streamed, pay-per-view event.

Columbia Theatre will not be streaming the show on-site. When you purchase your ticket you will be given a link that allows you to watch from home.

Due to Social Distancing, we have seats blocked in pairs for online purchase. If you need more than 2 tickets, please contact the box office at (985) 543-4371 to purchase.

Click on the Buy Tickets Online button above, then scroll down to Columbia Theatre and book your ticket.