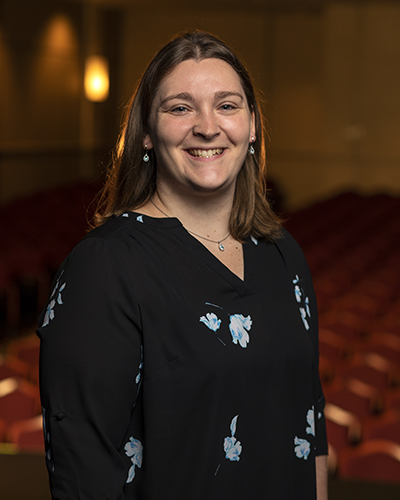 Shelby Lowder (Operations and Production Technical Coordinator) graduated from Southeastern Louisiana University in 2015 and began working at theColumbia Theatre that same year. With a background in music, she became the primary sound engineer and sound designer for the Columbia Theatre. Shelby has worked on 50+ productions for Southeastern’s various music ensembles, local schools, community groups, guest artists, and most recently Columbia Originals since joining the team.  She prides herself in keeping the backstage areas neat and organized so that those visiting will have a pleasant experience. Shelby participates in the local Northlake Community Band where she’s been a member for over 10 years. She is also a proud alumni member of Kappa Kappa Psi National Honorary Band Fraternity.